With World on Edge, Head of African Ground Forces Goes on Unhinged Rant About Conquest

News
Lifestyle
Commentary
Wire
Sponsored
Op-Ed
Cartoons
When President Joe Biden took the reins of the U.S. government, he had one message he repeated like a mantra: America was back at the table. This was supposed to be reassuring. Relax, world: Stability was back. No more of that Trump guy; they were going to steady the global order once again. Biden stood up to Corn Pop, so you can bet he’s going to stand up to despots.

America is back at the table. https://t.co/IXYa9HHXeF

For the most part, the president’s media enablers seemed to buy this. Take headlines from his first trip to a G7 summit last year. ABC News: “Biden says ‘America is back at the table’ as 1st foreign trip continues.” BBC News: “G7 summit: Biden says America is back at the table.” It’s almost like his own campaign copywriters came up with it themselves. Less than two years into his presidency — and, presumably, America being back at the table — Russia invaded Ukraine and is threatening to use nuclear weapons, China has made clear it has more aggressive designs on Taiwan than in previous years and threatened to shoot down House Speaker Nancy Pelosi’s plane when she visited the island nation, and the head of one of Africa’s most powerful armies has apparently gone rogue on Twitter and is threatening to invade Kenya. So, yeah, the big stick of American power doesn’t seem to be deterring many people now that Uncle Joe has dragged Washington “back to the table,” it seems. According to Uganda’s the Monitor, Lt. Gen. Muhoozi Kainerugaba — head of the country’s ground forces and son of Ugandan President Yoweri Museveni — threatened to march on the Kenyan capital of Nairobi during an extended Twitter rant on Monday. “It wouldn’t take us, my army and me, 2 weeks to capture Nairobi,” Kaineurugaba said in his first tweet.

It wouldn’t take us, my army and me, 2 weeks to capture Nairobi.

Then: “After our army captures Nairobi, where should I live? Westlands? Riverside?” Both of those are neighborhoods in the Kenyan capital.

After our army captures Nairobi, where should I live? Westlands? Riverside?

A little over an hour later: “My Kenyan brothers, we are going to be one country. Any war against us will end quickly!”

My Kenyan brothers, we are going to be one country. Any war against us will end quickly!

Another five minutes later: “The borders that were established by the colonisers mean nothing to us revolutionaries. Nairobi!”

The borders that were established by the colonisers mean nothing to us revolutionaries. Nairobi!

Now, to be fair, it’s unclear whether Lt. Gen. Kainerugaba was in control of his Twitter account when this was posted. However, his beef with Kenya is essentially that his close ally, former Kenyan President Uhuru Kenyatta, didn’t change the Kenyan constitution so he could run for a third term. Instead, he followed the rule of law and handed over control to President William Ruto last month. The commander of the ground forces was awfully unhappy about this:

Haha! I love my Kenyan relatives. Constitution? Rule of law? You must be joking! For us there is only the Revolution and you will soon learn about it!

“Haha! I love my Kenyan relatives. Constitution? Rule of law? You must be joking! For us [Uganda], there is only the Revolution and you will soon learn about it!” he tweeted. Kainerugaba’s father, Ugandan President Museveni, changed his country’s constitution to allow him to rule indefinitely; he’s been in office since 1986, which is so seldom the sign of a functioning democracy. Many on social media didn’t take the lieutenant general’s rantings seriously:

You first need to capture your Dad’s tailor. pic.twitter.com/Mc68F4ywz9

Nor is this the first time Kainerugaba has waded into African conflicts on social media, having lent his support to Ethiopian insurgents via Twitter last year. While a war between Uganda and Kenya wouldn’t be as dangerous for the world as the one between Russia and Ukraine — no nuclear weapons would be involved, after all — it would still be another massively destabilizing event in a world already on edge. [firefly_poll] Uganda won’t be in Nairobi in two weeks, most likely. The fact the president’s son — who also happens to be commander of the country’s ground forces — continues to rattle sabers like this is a sign that he doesn’t think there’ll be any repercussions delivered by anyone outside of the Kenyan military. It’s yet more evidence that, even if America is back at the global table by Biden’s standards, nobody’s terribly impressed by its presence. This article appeared originally on The Western Journal. 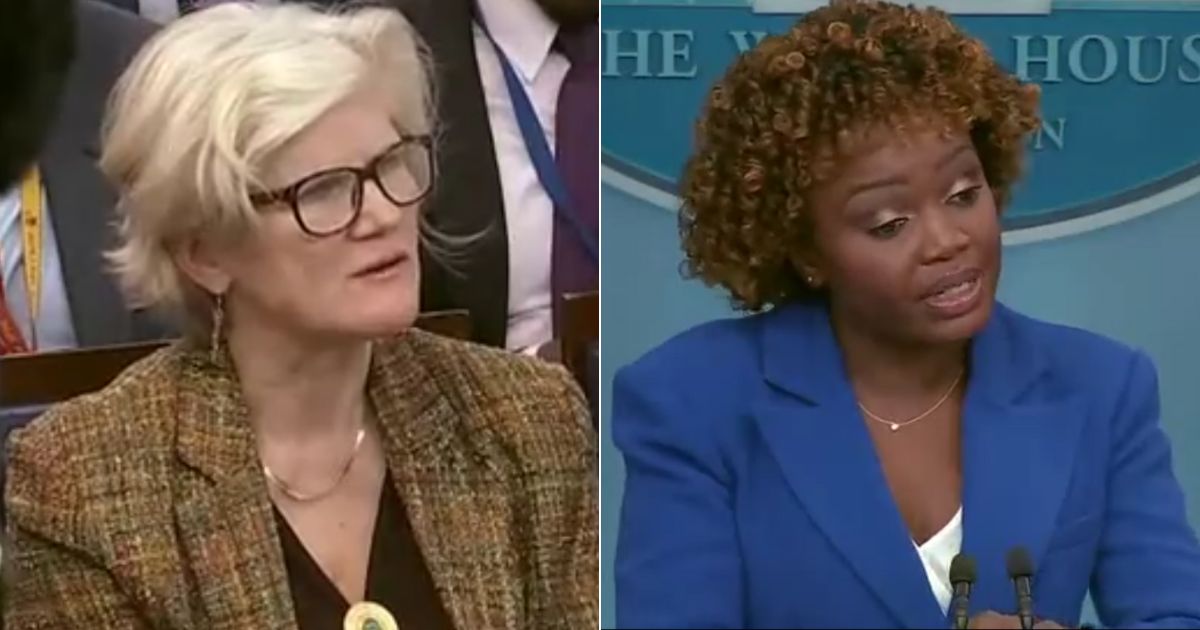 Musk Replies with 1 Question After WH Reporter, KJP Reveal What They're So Afraid Of