News
Lifestyle
Commentary
Wire
Sponsored
Op-Ed
Cartoons
President Joe Biden managed to do the impossible on Wednesday — he committed perhaps the worst verbal blunder of his presidency despite having had so many prolific slip-ups thus far in his administration. White House Press Secretary Karine Jean-Pierre did her best to put a Band-Aid on the situation. But, as one might expect of this administration, her answers didn’t exactly inspire much confidence. How could they? Again, this was his worst blunder yet. During a speech prior to the White House Conference on Hunger, Nutrition and Health, the president appeared to be looking for a dead woman in the crowd. After thanking a number of legislators, Biden began scanning the crowd, asking for Republican Rep. Jackie Walorski of Indiana.

Walorski and her communications director Emma Thompson were killed in a car accident on Aug. 3. Biden was well aware of Walorski’s passing. In a White House statement released the day of Walorski’s death, Biden wrote that both he and first lady Jill Biden were “shocked and saddened” by the news. [firefly_poll] The gaffe Wednesday is leading many to, yet again, question whether Biden has the mental capacity necessary to serve as president. Of course, the White House is doing its best to sweep the whole situation out of sight and out of mind. And, of course, to say the Biden White House is doing its “best” isn’t saying much. Jean-Pierre demonstrated as much with her response to the whole debacle.

When one reporter pressed Jean-Pierre about the incident, all she had to offer was one of her trademark non-answers. “So the president was, as you all know — you guys were watching today’s event, a very important event on food insecurity. The president was naming the congressional champions on this issue and was acknowledging her incredible work,” Jean-Pierre said, according to a White House transcript. “He had — he had already planned to welcome the congresswoman’s family to the White House on Friday. There will be a bill signing in her honor this coming Friday.” Jean-Pierre was pressed about the incident again and, again, offered no substantial explanation, merely stating that Walorski was “at the top of mind.” “No, I totally understand.  I just — I just explained she was on top of mind.  You know, this wasn’t — what we were able to witness today and what the president was able to lift up in this — at this conference at this event was how her — her focus on wanting to deal with, combat food — food insecurity in America.  And this is something that he was lifting up and honoring,” Jean-Pierre said, according to the transcript. “And, again, he knows that he’s going to see her family this coming Friday.  There’s a bill signing that’s going to happen in renaming a VA clinic in Indiana after the late congresswoman. He knows that he is going to see her family, and she was at top of mind.” Maybe if Jean-Pierre had provided a better explanation, the news surrounding this whole debacle would have died down by now. By simply offering the “top of mind” excuse, all she’s doing is digging both her and her president into an even deeper hole, at the bottom of which is, perhaps, the end of the Biden presidency. This article appeared originally on The Western Journal. 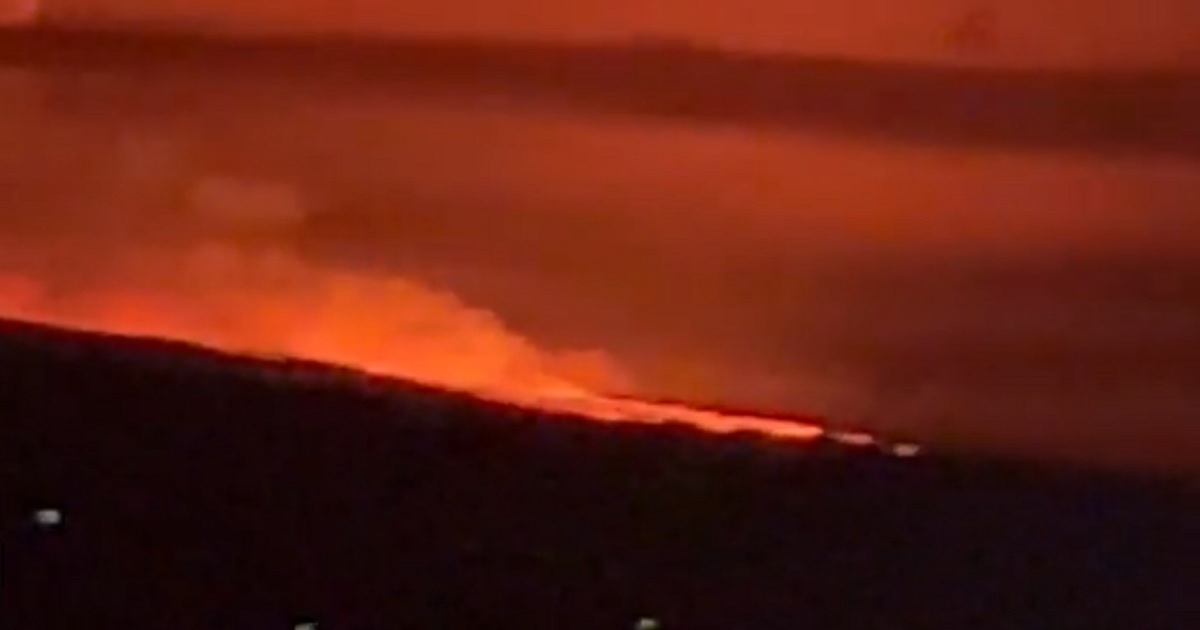 Code 'Red': The World's Largest Active Volcano Has Erupted for the First Time in Decades

Warnock Campaign Rep Calls Tennessee Resident, So He Schools Her with a Cool Response