Remember AOC Weeping at TX Tent City? Now Dems Have Put One in Her Back Yard

News
Lifestyle
Commentary
Wire
Sponsored
Op-Ed
Cartoons
Photo-op aficionado AOC might want to hurry up and book her photog for a spectacular opportunity that’s headed to her own backyard — that is, a border-style tent city of illegal immigrants that is just begging to be made the focus of an emotion-laid publicity stunt for the attention-obsessed lawmaker. Well, on second thought, she’s probably not as keen to have eyes on the migrant situation in her own district. Heaven forbid anyone figure out the whole “sanctuary city” thing doesn’t do a thing to actually help the nation’s influx of undocumented migrants. That’s right, a tent city is in the works in pop socialist Rep. Alexandria Ocasio-Cortez’s home district of the Bronx, New York, recalling to mind her famous(ly cringeworthy) border facility 2019 photo shoot. Remember these?

Back then, the narrative was that Orange Man was locking up “kids in cages” as former President Donald Trump’s administration was tasked with managing the influx of migrants into border states, so she was more than happy to draw attention to the circumstances at the border. Now, the narrative is blowing up in her and every other open-borders politician’s faces as Republican Governors Greg Abbott of Texas and Ron DeSantis of Florida have been bussing undocumented migrants into the U.S. interior — right into the heart of Democrat-run sanctuary cities like New York City, Washington, D.C. and Martha’s Vineyard, that is. A tent city is currently being constructed in the Orchard Beach section of the Bronx this week as hundreds of illegal immigrants continue to arrive in the city each day, according to the New York Daily News. The Democrats are fumbling their attempt to turn it around on border hawks now that the crippling proof of just how dysfunctional our immigration system really is has appeared in the pudding. As many as 13,000 migrants have arrived in New York City in recent months, many of whom have been bussed into the metropolis by Abbott. The city’s Democratic Mayor Eric Adams touted the tent camp as an indication of New York’s willingness to care for migrants, a responsibility for which he has accused Abbott of spurning. “Now, more than ever, it’s clear that we are again dealing with a humanitarian crisis created by human hands. While other leaders have abdicated their moral duty to support arriving asylum seekers, New York City refuses to do so,” he recently said, a subtle, yet inadvertently self-owning jab at border state governors who have been accusing sanctuary city and state leaders like himself for years of abdicating their moral duty to cope with the situation their virtue-signaling policies create. The camp is expected to be complete within the next two weeks and can house as many as 1,000 people. While the facility is said to have been planned to alleviate the city’s overwhelmed shelter system as well as meant to indicate the Big Apple’s overflowing sense of compassion for undocumented migrants that those bigoted, racist Texans are too cold-hearted to welcome in their state with open arms, advocacy groups are warning that tent camp can hardly serve the actual human need of the migrants. “Not only is there a question of legality, but we are deeply concerned about whether these shelters will provide families the housing services, transportation, and supplies they need,” the Family Homeless Coalition said in a statement. “Asylum seekers already have experienced tremendous trauma, and we urge Mayor Adams not to place thousands of children and their family members in a potentially dangerous environment.” And there it is — with thousands of displaced human beings showing up in cities that never really had any capacity to shelter and provide for them, it has grown impossible to deny how hollow the Democrat’s professed concern for migrants really is, and just how little leaders like Adams and AOC really consider the real human cost of the crisis. This was fully evident when Ocasio-Cortez offered her hot take on Governor DeSantis after he bussed a whopping 50 migrants into sanctuary city Martha’s Vineyard in Massachusetts earlier this month (before its wealthy residents and the government of Massachusetts shuttled them hurriedly to a shelter, lest anyone in the privileged community actually be tasked with caring for any of them). “What a lot of Republican politicians fail to understand is that not everyone shares their zero-sum, scarcity mindset,” AOC declared at the time. “Many of us understand that immigrants and refugees are a blessing. They have so much to offer our country, and much of our growth as a nation is because of them.” What she fails to understand is that if migrants are a blessing to the United States, they sure aren’t getting blessed by virtue-signaling Democrats like herself who talk big and deliver little by way of caring for migrants who are flooding across the border into red states that have been raising the alarm on the raging crisis for years. When AOC visited the border in 2019, the sight she apparently saw brought her to tears, we are expected to believe. Yet now that even shoddier, more ill-equipped facilities are being constructed in her own city, she and Mayor Adams likely to expect us to believe this is a sign of progressive altruism? Sorry, you can’t have it both ways, and border state leaders haven’t been raising awareness about the crisis because they’re just big selfish meanies who don’t value human life, it’s because they want their left-wing counterparts like AOC and Adams to understand the human impact of this massive influx of human life into our states and cities. Border facilities are crowded, overwhelmed, and in many cases ravaged with sexual abuse and poor conditions, a mere slight improvement on the conditions they face as they are trafficked into the country by criminal cartels who make billions exploiting and abusing prospective migrants sold a hollow vision of easy entry into the United States. Yup, AOC was more than happy to don her spotless white outfit to be photographed weeping outside a facility housing child migrants and to feign outrage about DeSantis “trafficking” the undocumented into New England and New York, all while completely ignoring the real monsters who are trafficking people across the border and the truly cold-hearted politicians who couldn’t care less that the migrants don’t have resources, job prospects or family when they get here and are hardly less vulnerable to exploitation or free from financial hardship. The double standard has never been more apparent, and publicity-focused AOC, bless her heart, is just giving more unwitting attention to these facts when she waxes indignant about Republican governors transporting migrants, and not about migrant tent cities in her own backyard. This article appeared originally on The Western Journal. 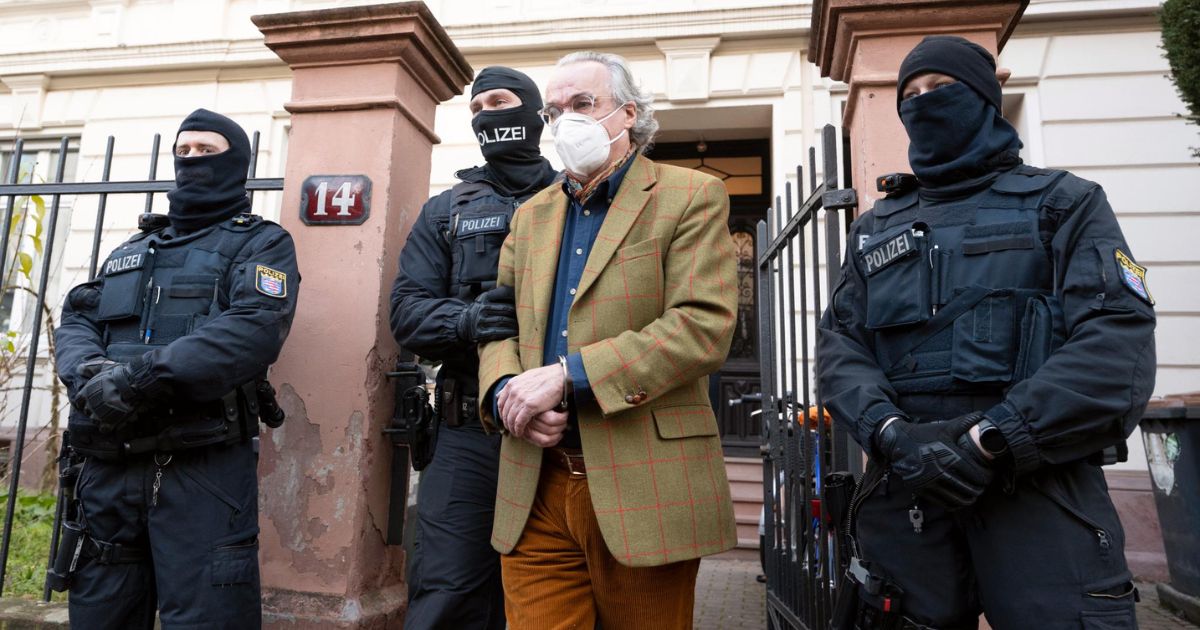 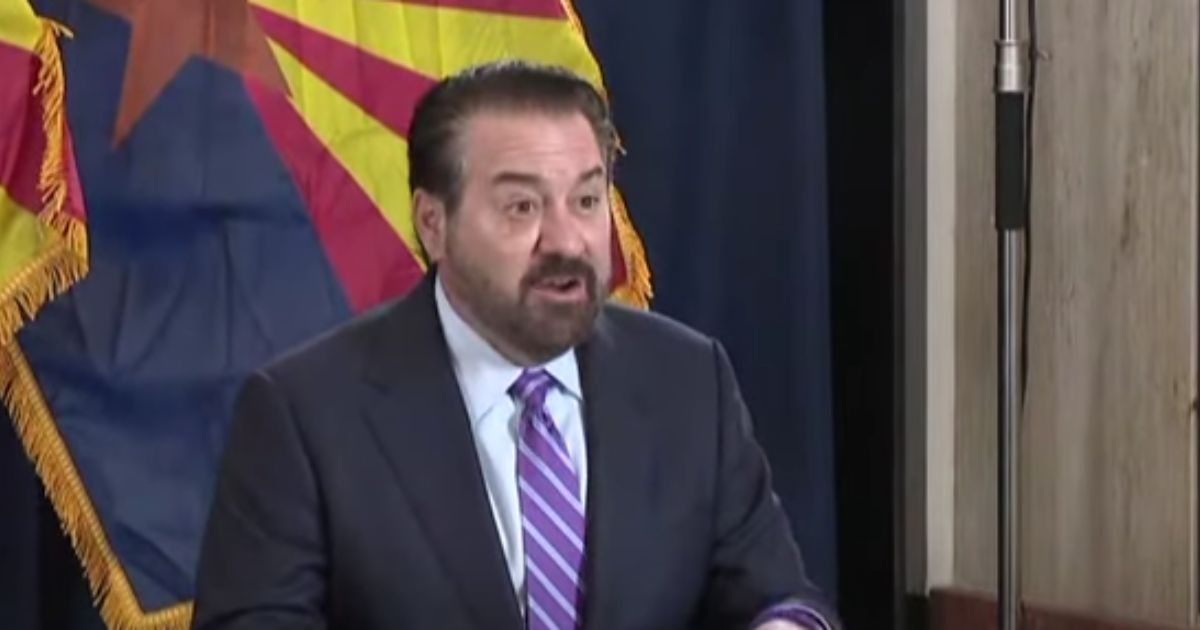