Mystery Deepens: Something Was Supposed to Be Beneath Razed Georgia Guidestones, But Where Is It?

News
Lifestyle
Commentary
Wire
Sponsored
Op-Ed
Cartoons
The Georgia Guidestones: They were a strange, cryptic roadside attraction that some called the “American Stonehenge” and others claimed were satanic. They are no more, thanks to an unknown vandal setting off a bomb at the base of the attraction in northeastern Georgia. However, there was a silver lining in the fact the attraction was destroyed. You see, the unknown individual who commissioned the project in rural Elbert County allegedly had left a time capsule behind. Now that the monument was destroyed, county officials could do a search for the capsule, WAGA-TV in Atlanta noted. The results of their excavation were just as mysterious as the Georgia Guidestones themselves. Despite following the instructions to retrieve the capsule, authorities found only dirt instead. (Here at The Western Journal, we bring you the news and analysis you need to know, as well as stories off the beaten path like this one — and all from a Christian, conservative perspective. If you support our work, consider subscribing.) According to Georgia Public Broadcasting, the Guidestones were constructed in Elberton, Georgia, in 1979 — on the highest point in Elbert County. The man who commissioned them, who went by the pseudonym “R.C. Christian,” said they were “guidestones to an age of reason.” The stones included messages in numerous languages, including English, Sanskrit, Arabic, Hindi and Hebrew. “You could find generic, lofty maxims like ‘avoid petty laws and useless officials’ and ‘Be not a cancer on earth — leave room for nature — leave room for nature,'” George Public Broadcasting said. [firefly_poll] “But others, like a call to ‘maintain humanity under 500,000,000 in perpetual balance with nature’ and to ‘guide reproduction wisely, improving fitness and diversity’ attracted plenty of raised eyebrows and conspiracies,” the outlet reported. “From the day they were dedicated, some people claimed the stones were Satanic in nature, or that they were evidence of a so-called ‘New World Order’ and various other far-fetched claims.”

#GeorgiaGuideStones Maintain humanity under 500,000,000 in perpetual balance with nature 🧐 pic.twitter.com/F0A69dR0aY

While these rumors were nothing new — and the Guidestones had long been a magnet for vandalism — the weirdness surrounding them went viral because of Georgia gubernatorial candidate Kandiss Taylor. The Republican was vocal about her claim that the monument was satanic and made demolishing it a major part of her platform. “For decades, the Global Luciferian Regime has seeped its way into our Government,” Taylor said in a campaign release. “They demoralized us with humiliation rituals as they tore down our historical monuments, persecuted our children, locked us down in our homes, and forced us into becoming walking science experiments through a global vaccination program. “They erected statues spelling out the exact plans they had for us, and today we the people of Georgia, say no more. “It’s time for us to return the favor. On my first day as Governor of Georgia, I will move to DEMOLISH the Demonic plans of our enemy. The Satanic agenda is NOT welcome in our state.” By the end of her campaign for governor, Taylor received a) only 3.4 percent of the vote and b) ridicule on a national stage. Both were richly deserved. Unfortunately, part of her campaign platform was carried out for her by a man who set a bomb off at the attraction during the early morning hours of July 6.

(2/3) The videos show the explosion and a car leaving the scene shortly after the explosion. No one was injured. pic.twitter.com/8YNmEML9fW

The remaining portion of the monoliths was deemed too dangerous to stand and the 230,000 pounds of granite were demolished.

In following days what was left of the Georgia Guidestones was demolished because deemed too hazardous to be left standing 🙁 pic.twitter.com/MktIz1Il0R

(3/3) For safety reasons, the structure has been completely demolished. pic.twitter.com/hrpqN2Sphr

There are plenty of outstanding questions, including who committed the crime. (No suspect has been arrested as of yet.) However, the demolition also left many wondering about that time capsule. “A slab on the ground at the structure, which appeared to be unfinished, led many to believe the capsule was ‘placed six feet below this spot on…’ that was ‘to be opened on…’ Neither the date of its placement nor the date it was meant to be opened was completed. That did not stop county officials from doing a quick search,” WAGA reported. Alas, even this turned out to be a dud. “Officials with the Elbert County Road Department brought in an excavator to dig down the required six feet. Using a tape measure to ensure accuracy, the only thing officials said they found when workers hit the six-foot mark was more dirt,” the outlet reported. Still, this didn’t stop online memelords from claiming that 1970s-tastic items were found in the capsule. This included, WAGA noted, “a signed issue of Playboy magazine featuring Burt Reynolds, a Peterbilt emblem, an 8-track of the ‘Saturday Night Fever’ soundtrack, and several dozen Quaaludes.” The bigger mystery, obviously, is who did this. According to WSB-TV in Atlanta, the district attorney announced that the individual who bombed the Guidestones faces a minimum of 20 years behind bars for destroying a public building with an explosive. “Detonating a massive explosive device capable of shattering a granite tablet in an area surrounded by residences is a criminal act which placed many people in peril of serious injury,” said District Attorney of the Northern Judicial Circuit Parks White. White added that the Georgia Bureau of Investigation is pursuing many leads. Kandiss Taylor, for her part, has denied any involvement, and there’s no evidence linking her to the explosion — although it’s worth noting that, in the face of CCTV evidence to the contrary, Taylor also suggested God destroyed the Guidestones.

God is God all by Himself. He can do ANYTHING He wants to do. That includes striking down Satanic Guidestones.

One suspects that, much like her preternatural obsession with the monument, the Deity should have much better things to do than laying waste to an outré monument and faking the video footage so no one knows He did it. But I digress. The lack of a time capsule is, in a way, emblematic of the bizarre and sad end of the Guidestones. Not only did it come through a dangerous criminal act, but the only potential silver lining — a capsule that would get us closer to understanding who built the monument and what its purpose was, providing at least some measure of closure — wasn’t even there. It’s hard to call this a “fitting” end, but “unsurprising” will do all too nicely. This article appeared originally on The Western Journal. 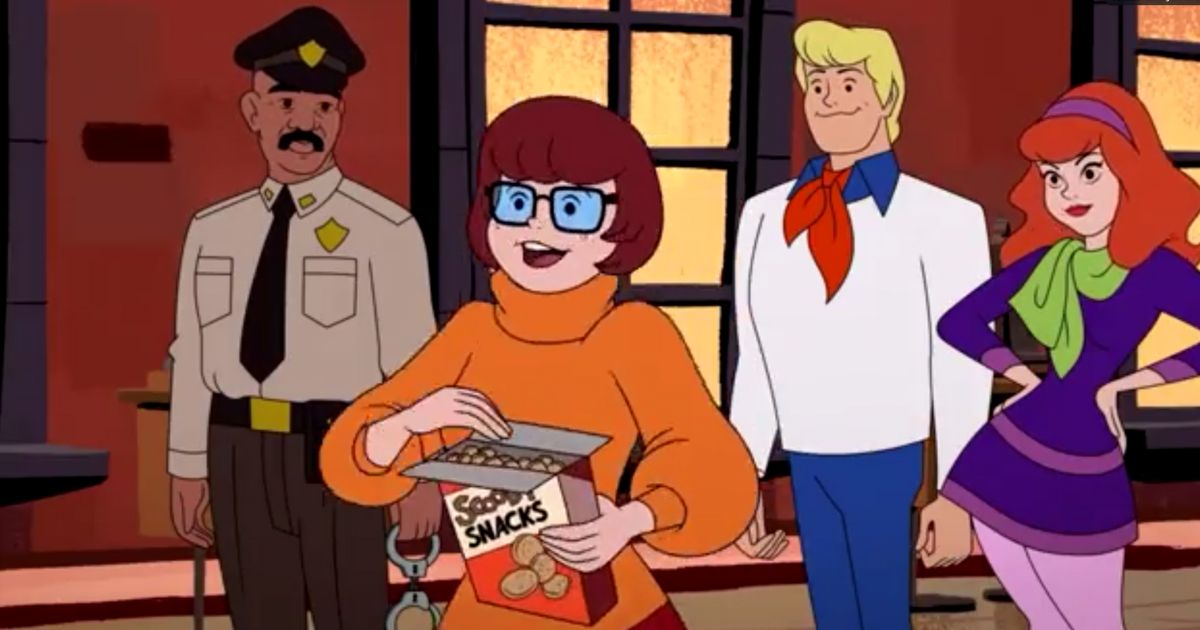 Core 'Scooby-Doo' Character Is Now Being Portrayed as LGBT 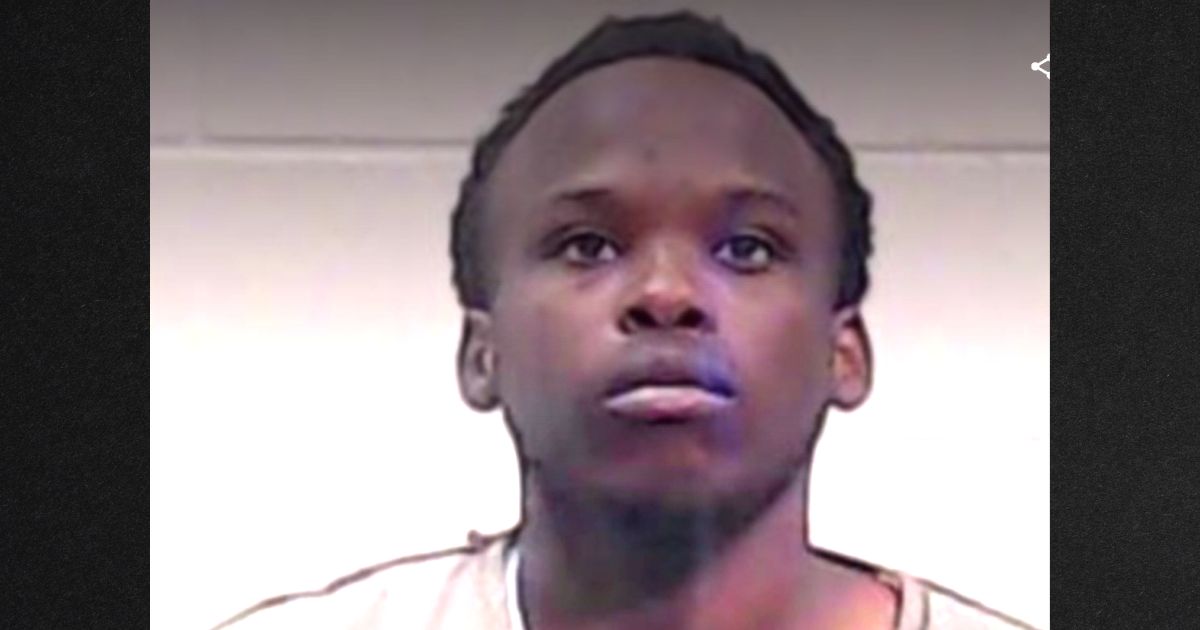