News
Lifestyle
Commentary
Wire
Sponsored
Op-Ed
Cartoons
Anti-American billionaire and far-left megadonar George Soros has already undermined many of our local prosecutors’ offices with his political funding, but now he has an even bigger target in mind: the U.S. Supreme Court. Soros’ massive funding of multiple “progressive” political organizations has already undermined our police and many of the prosecutors in our biggest cities with his drive to fund the campaigns of left-wing county prosecutors who often refuse to prosecute career criminals. These same prosecutors who Soros funded have also instituted lenient bail policies — and in many cases no bail at all — that dump repeat criminals back out onto the streets sometimes within hours after police arrested them for crimes from theft, carjacking, rape, and even murder. These prosecutors have made cities, including New York City, Chicago, and Los Angeles, much more dangerous places for citizens, but a haven for criminals as he subverts our system of justice. Now, Soros has set his sights on another target with which to undermine the United States of America. According to the Washington Free Beacon, Soros is directing his next wave of funding to organizations whose goal is to pack the U.S. Supreme Court with far-left justices who will legislate from the bench instead of rule on the merits of the law. In one case, Soros’ Open Society Foundation donated a whopping $4.5 million to the hard-left group Demand Justice to “support policy advocacy on court reform.” That is almost double what Soros gave to the group in 2018. The group originally formed to blanket the nation with accusations against Justice Brett Kavanaugh’s Supreme Court confirmation in 2018. Despite that Demand Justice lost its battles to stop both Kavanaugh and Justice Amy Coney Barrett from being elevated to the nation’s highest court, the group still jumped in to fight against the court for its striking down of Roe v. Wade as well as to support the left’s idea of packing the court with more justices so that liberals can create a permanent court majority of left-wingers. One of the things Demand Justice executive director Brian Fallon did during the fight over Dobbs v. Jackson Women’s Health Organization last year was to call for the removal of the protective fencing around the U.S. Supreme Court building. His reasoning was to enforce “more accountability” on the justices, but what he really wanted is to increase the intimidation of the court. The group also spearheaded groups of protesters at the time. Fallon also tweeted that, “SCOTUS leaks are good. Rip the veil off,” encouraging left-leaning clerks to illegally leak internal court info to the public.

SCOTUS leaks are good. Elite lawyers on both the left and right treating the Court as precious all these years have just been giving cover to an institution that is wholly unaccountable. Rip the veil off.

Fallon later went on to blast the SCOTUS as “illegitimate” because he did not like the outcome of the Dobbs decision. On its website today, the group claims it is “working to restore balance to the courts by reforming the Supreme Court, expanding the circuit and district courts, and championing new judges with experience as public defenders, civil rights lawyers, legal aid lawyers, and labor lawyers who represent working people.” The group also helped in the left’s effort to force liberal Justice Stephen Breyer to retire so that Joe Biden had a chance to put a younger left-wing justice on the bench. He did that last year when he elevated the unqualified Ketanji Brown Jackson to the court. Demand Justice spent one million in the campaign to support Brown for the court. As Newsmax reported, “Demand Justice, which does not disclose its donors, is run by Soros’ Sixteen Thirty Fund.” Newsmax added that in 2021, Soros’ Open Society also donated $35 million to groups backing the “defund the police” movement. Soros is also jumping into 2024 early. He has also already donated an astounding $50 million to Democracy PAC as a means to help leftists get a head start on spending for the coming 2024 presidential campaign cycle. It isn’t surprising that Soros is now looking to corrupt the U.S. Supreme Court after he had such great success undermining so many local prosecutors’ offices across the country. After all, the SCOTUS has been a major roadblock to the far left’s agenda. And if lawless progressives want to push their agenda through back doors, owning the Supreme Court would be a must. This article appeared originally on The Western Journal. 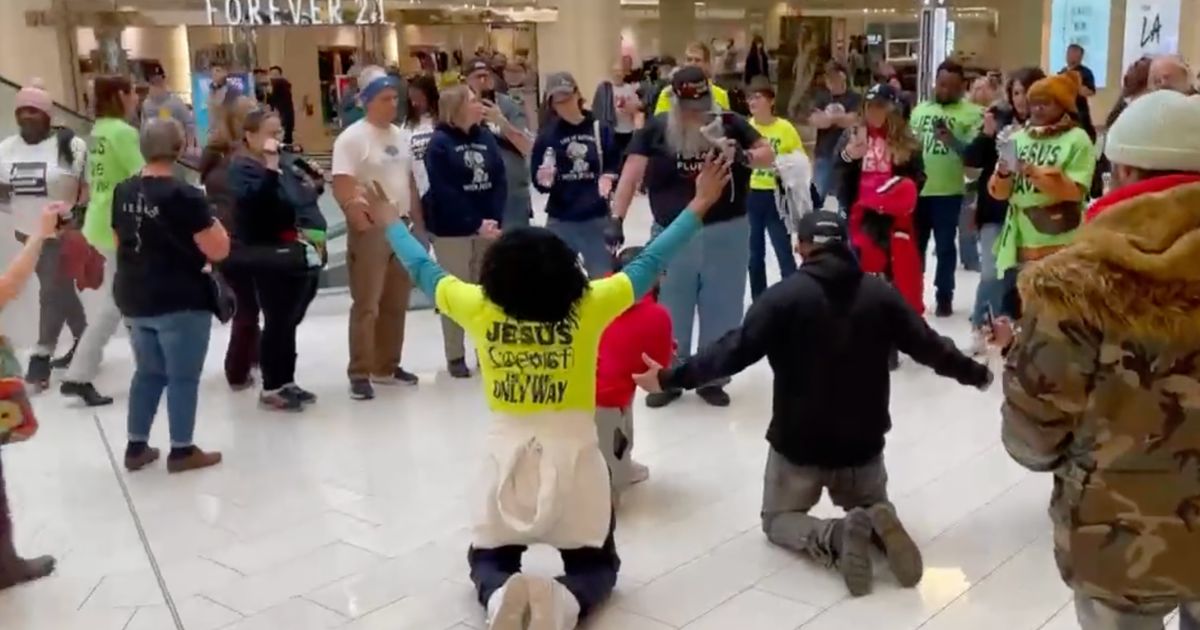