News
Lifestyle
Commentary
Wire
Sponsored
Op-Ed
Cartoons
The health scare involving Buffalo Bills player Damar Hamlin has become deeply upsetting for many. Many football fans felt such an utter shock on Monday night when Hamlin stood up after a seemingly routine tackle, and then tumbled to the ground. They’ve been praying for his recovery, including ESPN show host and former NFL quarterback Dan Orlovsky, who broke down and prayed on ESPN’s “NFL Live”  on Tuesday. He started out saying, “You know, like, this is a little bit different. I’ve heard it all day, like ‘thoughts and prayers.'” He went on to acknowledge that he has heard the Buffalo Bills Organization say that they believe in prayer, and that it was on his heart to pray for Hamlin. So he decided to bow his head and pray out loud: “God, we come to you in these moments that we don’t understand, that are hard, uh, because we believe that You’re God and coming to You and praying to You, um, has impact,” he prayed. “We’re, we’re sad, we’re angry, um, and we want answers. But some things are unanswerable. We just want to pray, truly come to You, and pray for strength for Damar, for healing for Damar, for comfort for Damar, to be with his family to give them peace. If we didn’t believe that prayer didn’t work we wouldn’t ask this of You, God. I believe in prayer, we believe in prayer, and we lift up Damar Hamlin’s name in Your name, amen,” he concluded. The powerful prayer generated a powerful response on social media:

Shoutout to Dan Orlovsky for not just saying thoughts & prayers but actually stopping NFL Live to bow his head, close his eyes, and pray for Damar Hamlin.

I have a new level of respect for Dan Orlovsky! Many people talk about praying for someone, very few stop and do it right then and there. Thank you Dan for showing what a man of God is! #Respect https://t.co/QyT2peC24R

It’s easy to say to pray for people, but big props to Dan Orlovsky for actually leading their entire viewership in doing so praying for @HamlinIsland, and taking the petition to the throne of Grace, where the only power to heal Damar comes from. We need more of this on TV. https://t.co/72un6JpZVL

Dan Orlovsky just prayed out-loud, live for Damar Hamlin on ESPN and I think that was one of the most powerful television moments I’ve seen in a long time.

The Buffalo Bills have been communicating with fans via Twitter as they have information available about Hamlin.

Damar Hamlin suffered a cardiac arrest following a hit in our game versus the Bengals. His heartbeat was restored on the field and he was transferred to the UC Medical Center for further testing and treatment. He is currently sedated and listed in critical condition.

On Monday they shared that, “Damar Hamiln suffered a cardiac arrest following a hit in our game versus the Bengals. His heartbeat was restored on the field and he was transferred to the UC Medical Center for further testing and treatment. He is currently sedated and listed in critical condition.” The outpouring of support and unity that’s being shown across the country has been amazing to watch. But another facet of this very serious situation is how it has caused so many people to come together in unity and acknowledge in prayer that there is a need too big for any one human to fill. [firefly_poll] Maybe too big for even a multitude of humans to fill. And so multitudes are turning to God in a moment of need in unity and asking Him to intervene in a situation in which they are feeling helpless to ease the suffering of a fellow human, an athlete in his youthful prime, and his family.

The thoughts and prayers of all of Bills Mafia are supporting you, Damar. 🙏 pic.twitter.com/lDWNAOEPX4

It’s being acknowledged that there is someone bigger, who isn’t helpless. Rather, He has the power to bring hope, healing and victory.

Damar Hamlin spent last night in the intensive care unit and remains there today in critical condition at the University of Cincinnati Medical Center.

We are grateful and thankful for the outpouring of support we have received thus far. — Buffalo Bills (@BuffaloBills) January 3, 2023

The Buffalo Bills have made a point of expressing their gratitude for the outpouring of support they’re received from the community. The Hamlin family has as well. “We are deeply moved by the prayers, kind words and donations from fans around the country,” the family said in a statement Tuesday. “Please keep Damar in your prayers.” This article appeared originally on The Western Journal.

Hunter Biden Admits the Laptop Is His, Attempts to Sic His Dad's DOJ on Those Who Exposed It 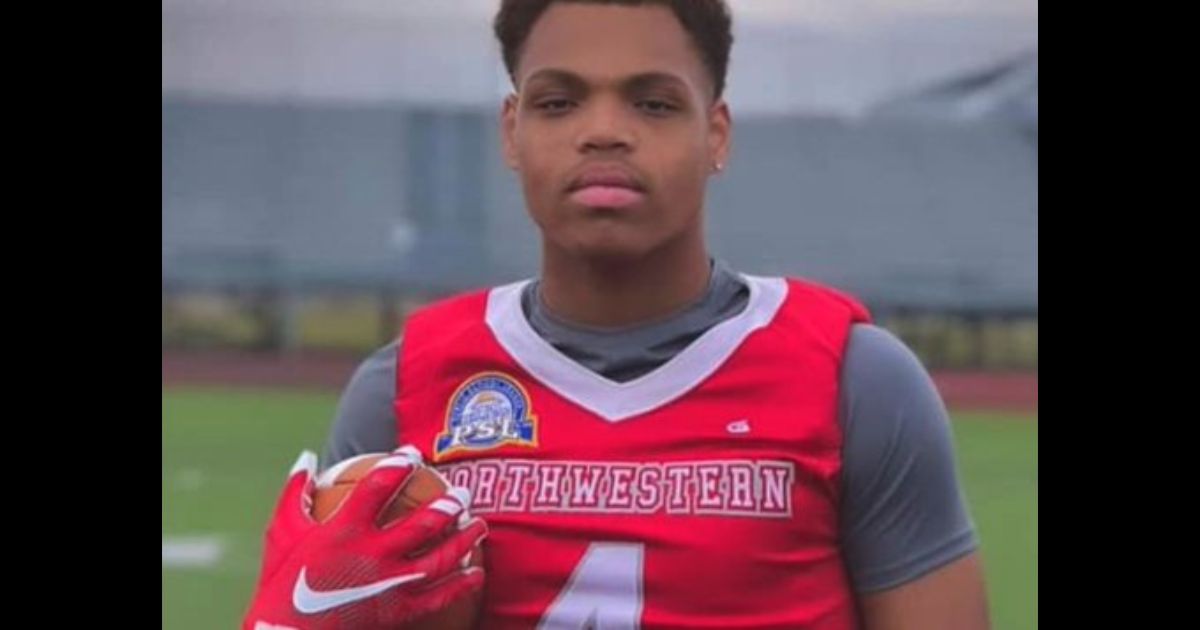