News
Lifestyle
Commentary
Wire
Sponsored
Op-Ed
Cartoons
A Norwegian shipping company is banning electric and hybrid vehicles from its vessels over fears that their engines could catch fire. The Havila Kystruten company, which offers cruises and general shipping along Norway’s coasts, said its crews are not able to deal with the hazards posed by electric vehicle fires, according to the website TradeWinds. Chief executive Bent Martini said the ban was a “pure safety assessment.”

Big cargo ships and highway car carriers are not equipped to put out fires caused by defective lithium ion batteries in electric vehicles. Insurance companies are worried about this:https://t.co/298dkT6g5Z pic.twitter.com/1vB5Qce0HM

“A possible fire in electric, hybrid or hydrogen cars will require external rescue efforts and can endanger people on board and the ships. We take security seriously, and it is of course a risk we are under no circumstances willing to take,” he said. Martini said the company is trying to develop a strategy to lower the risks and at some future time end the ban.

“We are fully aware that there is a certain expectation, especially from the coastal community, that ships along the coastal route must assist with the transport of private motor vehicles between ports,” Martini said. “At the same time, it is not a requirement in the agreement with the Ministry of Transport that ships on the coastal route must transport private cars.” [firefly_poll] Havila Kystruten’s ships run on battery packs, but Martini said there’s a difference between those and the lithium-ion batteries in electric vehicles. “Our ships are built with their own battery packs, and they are installed in accordance with current requirements for fire safety on ships. This means that our batteries are divided into isolated and fireproof rooms, with specific fire protection systems,” he said. Lasse A. Vangstein, a communications manager at Havila Kystruten who spoke to the Norwegian-language site NRK and whose comments were translated through Google Translate, said, “There has been a risk when shipping electric cars. Fortunately, things have now gone well, but we are now taking the risk analysis into account.” “An electric car fire will be very hot. There may be a risk of explosion, and toxic gases will be released. This can mean that you have to evacuate the ship immediately, and in the worst case, you can have a total breakdown of the ship,” Vangstein said. According to The Maritime Executive, last year insurer Allianz warned about the increased danger of shipping electric vehicles.

Reports suggest the fire aboard the Felicity Ace carrying around 4,000 vehicles, including Porsches, Audis and Bentleys, was caused by the Lithium-ion batteries in the electric vehicles on board the cargo ship #Fuel #Automotive #news #Ice #cars pic.twitter.com/2908zLF3V5

In its reporting on the decision, the website CarScoops wrote that speculation has emerged that last year’s sinking of The Felicity Ace after it caught fire was either triggered or helped along by lithium-ion batteries in vehicles it was transporting. Multiple fires linked to lithium-ion batteries have been reported, and they are especially flammable, CNBC reported. “[E]lectric vehicles with lithium-ion batteries burn hotter, faster and require far more water to reach final extinguishment … And the batteries can re-ignite hours or even days after the fire is initially controlled, leaving salvage yards, repair shops and others at risk,” CNBC reported. This article appeared originally on The Western Journal.

Atrocious Ratings Aren't the Only Thing Don Lemon Is Struggling with on 'CNN This Morning': Report 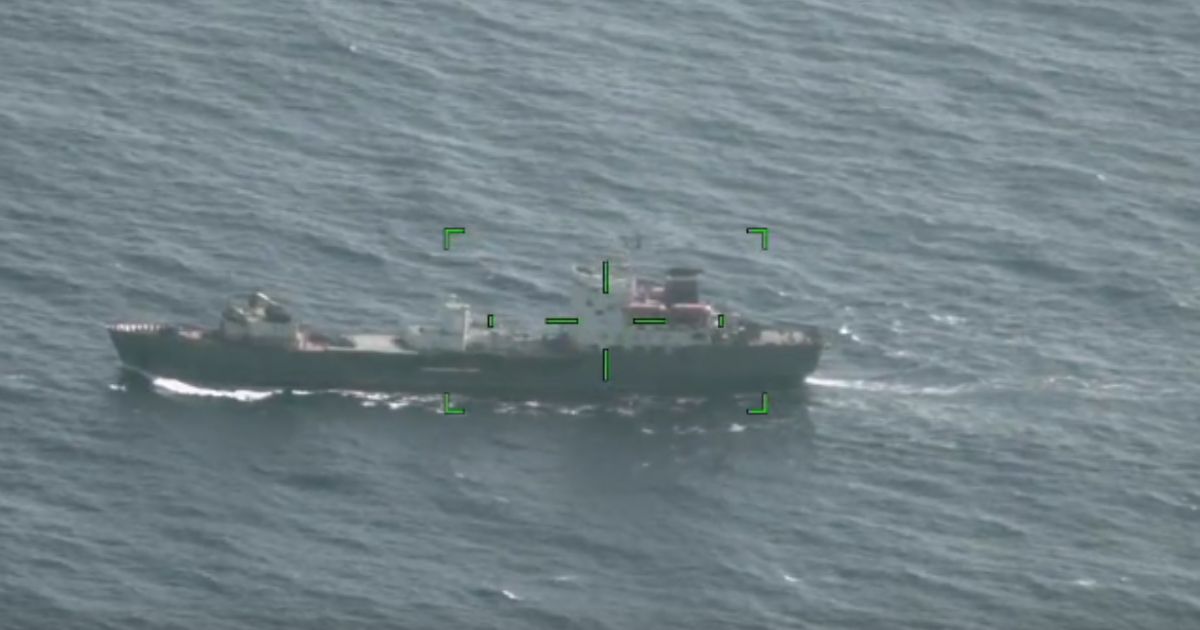 Watch: Spy Ship Floating Off Coast of Hawaii, But It's Not Flying an American Flag

Watch: Biden Has Another 'Where's Jackie?' Moment as He Calls Democrat by Wrong Name 4 Times