Doctor Warns of ‘Stroke Season’ He and Other Physicians Are Noticing

News
Lifestyle
Commentary
Wire
Sponsored
Op-Ed
Cartoons
Dr. Raj Bhardwaj, a Canadian family physician, warned last week that there is a “stroke season” that follows “flu season.” Bhardwaj, who is also a medical school professor at the University of Calgary, told CBC Calgary News host Rob Brown, “I didn’t know about this either until last year, but it turns out that after flu season, about three or four weeks later, there is a stroke season. And like you said, most of Canada is getting down off of a big hump of flu. “So now we’re starting to see more strokes, and a friend of one of my colleagues actually mentioned that at work the other day. [He] said, ‘Have you noticed how many strokes we’re seeing. It’s a lot more than usual, it feels like,'” Bhardwaj continued. “So anecdotally, we’re starting to see that.”

You know what comes after flu season? Well would you believe Stroke Season? Your state run media ladies & gentleman. His colleague can’t believe just how many strokes have been happening. You can’t make this stuff up anymore. pic.twitter.com/OinElUf5TL

CTV News reported in December that hospitals tend to experience an increase in stroke cases during the first part of the year. “What we’re seeing is that there is this measurable increase in in the risk of strokes, and not only that, but also just poor outcomes for patients that have strokes during the winter time,” Dr. George Dresser, a medical school professor and an internal medicine physician at Victoria Hospital in London, Ontario, Canada, told the news outlet. The London Health Sciences Center “saw a 15 [percent] increase in the number of stroke patients arriving at Victoria Hospital in the first six months of this year,” CTV said. Dr. Heidi Moawad, a neurologist and professor with Case Western Reserve University School of Medicine in Cleveland, Ohio, wrote in a piece for VeryWell Health last year that strokes are slightly more common in winter. “Research studies from countries as diverse as Finland, Australia, the United States, Germany, Taiwan, China and Iran have all reported that strokes happen more often in the colder months than in the warmer months,” she wrote. The possible causes Moawad identified included increased rates of infections, lack of sunlight, depression and lack of exercise. In May 2021, Dr. Roberto Alejandro Cruz, a neurologist with DHR Health in south Texas, told ABC affiliate KRGV-TV that he had seen a spike in patients 30 years of age and older who had suffered strokes. Cruz noted the standard risk factors for strokes include cardiac disease, hypertension (high blood pressure), diabetes and obesity. The doctor added that COVID-19 thrown into the mix increased the risk of those with the above conditions having a stroke. The Centers for Disease Control and Prevention and the Food and Drug Administration put out a joint statement earlier this month regarding a potential increase risk for ischemic strokes (interruption of blood supply to part of the brain) in people 65 or older following taking booster shots made by Pfizer-BioNTech. “Among about 550,000 people aged 65 and older who had received the Pfizer-BioNTech bivalent booster, 130 had ischemic strokes in the 21 days after receiving the shot, raising fears that the two events were related,” The New York Times reported. Federal officials said they dug further into the issue by reviewing the Centers for Medicare and Medicaid Services and the Veterans Affairs databases and did not find a higher risk for stroke following the booster shot. A scientific study published in the National Library of Medicine in June 2022 examined the issue of “increasing reports of various types of stroke including ischemic stroke, and hemorrhagic stroke, as well as cerebral venous sinus thrombosis after COVID-19 vaccination.” The report stated, “Most of the evidence pertaining to stroke following COVID-19 vaccination are case reports; therefore, the incidence of stroke after COVID-19 vaccination is not precisely known.” The CDC reported the signs of a stroke include numbness in the face, arm or leg, especially on one side; sudden confusion or trouble speaking; trouble seeing in one or both eyes; sudden trouble walking, dizziness, loss of balance; or a sudden severe headache. The agency advises those who are experiencing any of these symptoms or who are with someone who is to call 9-1-1. This article appeared originally on The Western Journal.

Mike Huckabee: More Insanity at the FBI - 'There Is No Way This Is Possible'

McDonald's Customer Mistakenly Given Bag Containing Thousands of Dollars in Cash, But Look What He Did Next 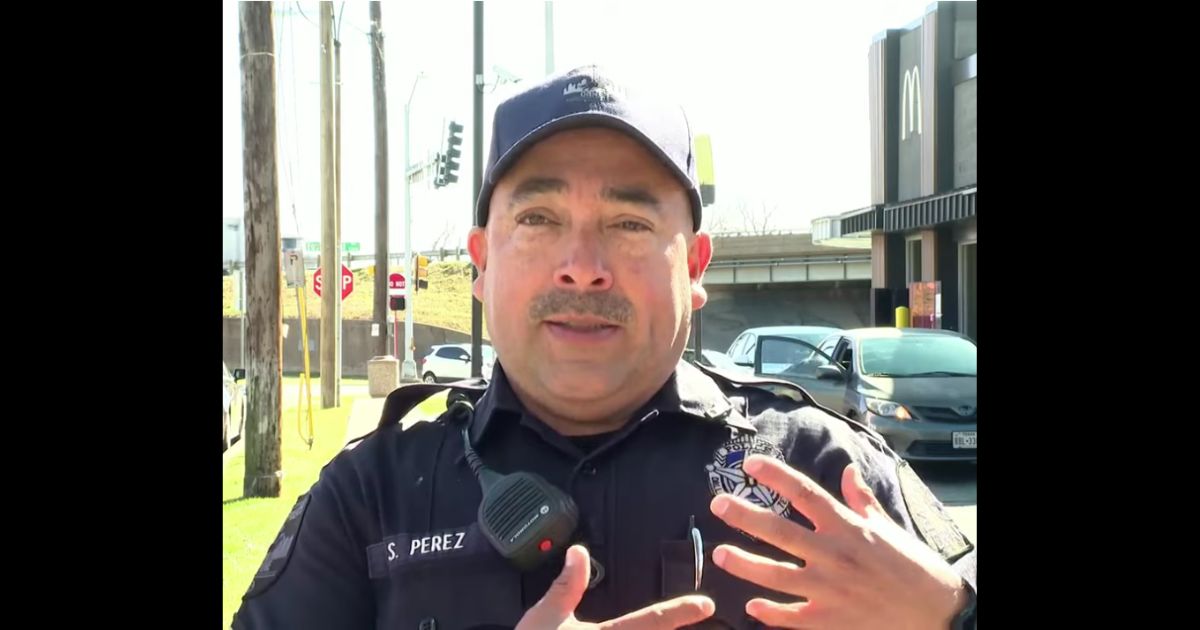