News
Lifestyle
Commentary
Wire
Sponsored
Op-Ed
Cartoons
After being arrested in May 2021 and charged with crimes related to an attempt to join the terrorist Islamic State group, a Seattle man was sentenced to just four years in prison on Tuesday. Federal prosecutors had requested a 15-year sentence for Elvin Hunter Bgorn Williams, but the judge gave him only a fraction of that, citing the 22-year-old’s mental health issues, according to a news release from the U.S. Attorney’s Office of the Western District of Washington. Williams was arrested at the Seattle-Tacoma International Airport on May 28, 2021, on criminal charges “related to his alleged efforts to join the Islamic State of Iraq and al-Sham (ISIS), a designated foreign terrorist organization, to engage in violent acts of terrorism in the Middle East or the United States,” the news release said. He was charged with “Providing Material Support to a Designated Foreign Terrorist Organization,” to which he pleaded guilty on March 14, according to a news release from the U.S. Attorney’s Office that day. “Beginning in or before November 2020, and continuing through May 28, 2021, within the Western District of Washington, and elsewhere, ELVIN HUNTER BGORN WILLIAMS knowingly attempted to provide material support and resources, that is, personnel, including himself, and services, to a designated foreign terrorist organization, namely, the Islamic State or Iraq and al-Sham (‘ISIS’), with knowledge that ISIS was a designated terrorist organization and that it engaged in terrorist activity and terrorism,” the full charge read, as laid out in the criminal complaint that was filed in May 2021 upon his arrest. On Tuesday, Williams was sentenced to four years of imprisonment by Judge John C. Coughenour of the District Court for the Western District of Washington. Coughenour said the sentence was “far below” the prosecutors’ request because of Williams’ “mental health and history of mental health difficulties,” the news release said. After his incarceration, Williams will remain under supervised release for 15 years, the release said.

Elvin Hunter Bgorn Williams was arrested at Seattle-Tacoma International Airport as he checked in for a flight to Cairo and later pleaded guilty to one count of providing support to a foreign terrorist organization.https://t.co/hy4hiCxZbv

For many years, the Seattle man had been expressing his support for the Islamic State group, according to the 2021 criminal complaint. During his high school years, his own mother and people at his school told the FBI about their concerns over Williams’ vocal support of ISIS and his later desire to go overseas to fight with the terrorist group. According to the criminal complaint, in 2017, he “told others at the school that he wanted to join ISIS and claimed that the May 2017 ISIS attack at a music concert in Manchester, United Kingdom, during which numerous people were killed and injured, was justified because the performer dressed provocatively.” The criminal complaint said Williams eventually left California, where he is from, and moved to Seattle. Members of a local mosque there took care of him and attempted to turn him away from his radical views, according to the criminal complaint. “The mosque members made clear to Williams that he would be required to abandon ISIS if wanted to accept the mosque’s help,” the complaint said. But even after those efforts, “a concerned citizen approached the FBI on behalf of a Seattle area mosque” in November 2020 after seeing “Williams using the phone to view ISIS videos and engage in online chats with like-minded radical individuals,” the complaint continued. Williams posted a Facebook video in 2020 in which he promised loyalty to the ISIS leader Abu Ibrahim al-Hashimi al-Qurashi, the criminal complaint said. [firefly_poll] The FBI was monitoring Williams for years, but U.S. Attorney Nick Brown said that despite family, friends and others telling him not to join the Islamic State group, he remained determined. “Mr. Williams persisted in his plans to join a terrorist organization and commit acts of violence, despite intervention from his family, his school, members of his mosque, and from the FBI. Indeed, he repeatedly stated his intention to commit an act of terror here at home if he could not travel overseas,” Brown said in a statement in Tuesday’s news release. Williams was determined enough to join the terrorist group that he booked airfare to Egypt in May 2021. That was when he was arrested at the airport gate in Seattle, the release said. “The plea agreement contains statements Williams made about his intentions: that he sought martyrdom, had ‘no problem with killing,’ and hoped to be involved in beheading others,” the March 14 news release announcing his guilty plea said. “Mr. Williams proved by his actions he was willing to join the Islamic State in hopes of furthering their ideology through violence. He took concrete steps to fund his activities, procure equipment, and travel to the Middle East,” Richard Collodi, who is in charge of the FBI’s Seattle location, said in a statement Tuesday. “I am grateful for how law enforcement was able to step in and stop him before he actually was able to achieve his goal,” Collodi said. Brown warned that the Seattle man is still dangerous. “Mr. Williams continues to pose a risk to the community,” he said Tuesday, according to the news release. “It will be critically important that he be closely supervised after he is released from prison.” This article appeared originally on The Western Journal. 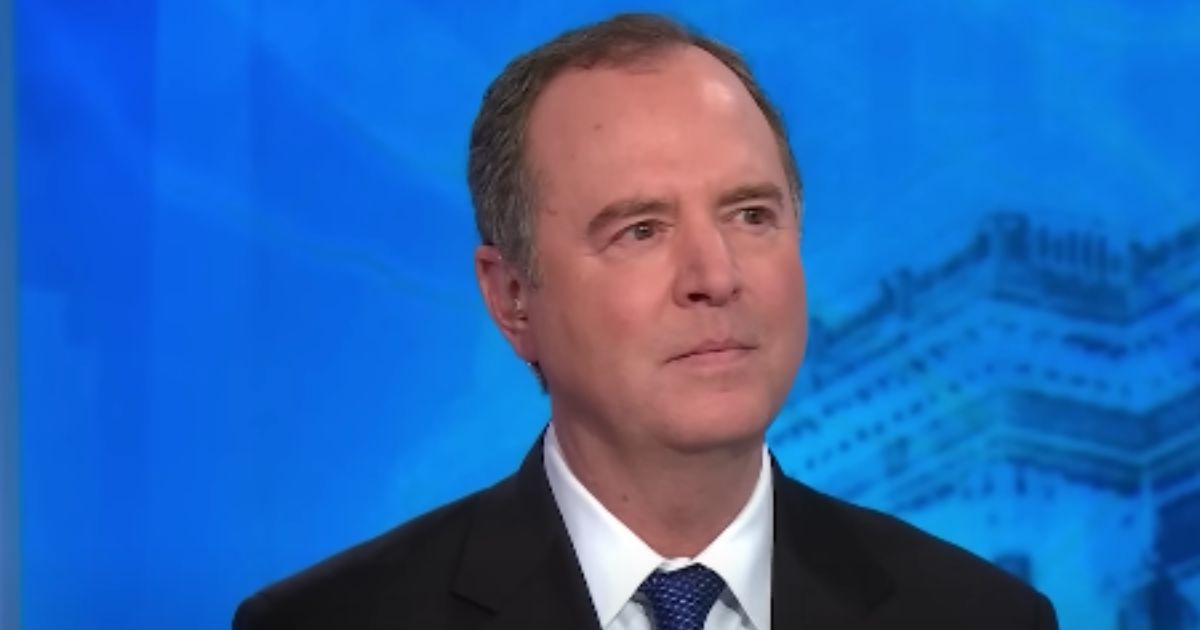 After Adam Schiff Gets Called Out for Lie on CNN, A Big Change Takes Place on Screen 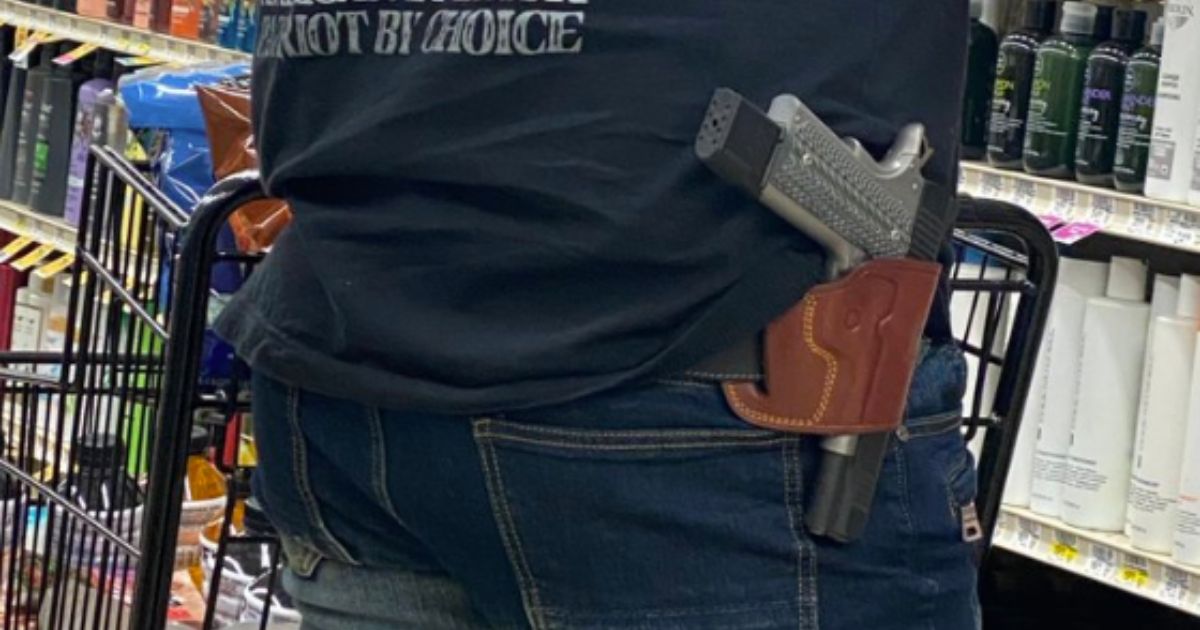 Woman 'Nervous' About Man Open Carrying in Store Takes to Twitter, But She Doesn't Get Reaction She Wants 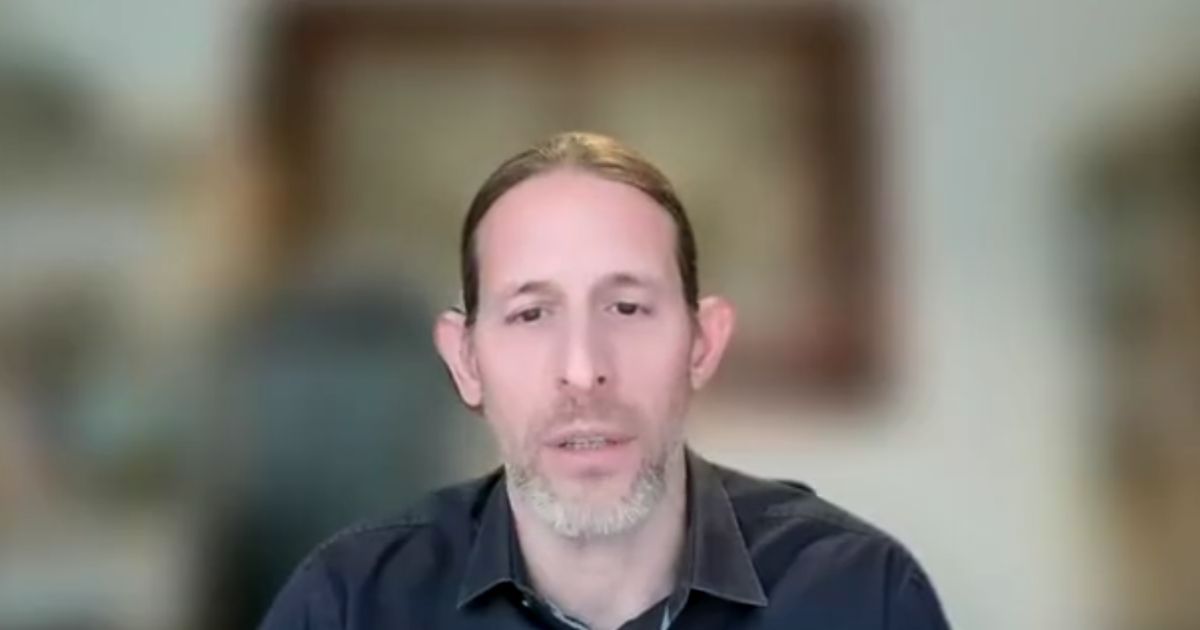 Top Expert Sounds the Alarm, Calls for Immediate Suspension of All mRNA Vaccines